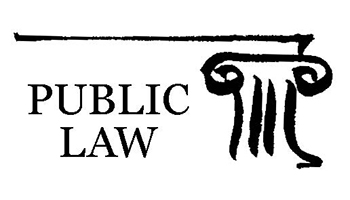 Ever wondered what a career in the public law sector is really like? Professors Holly Rickett (Deputy County Counsel for the County of Sonoma) and Kathleen Pozzi (Sonoma County’s Public Defender) have organized a complimentary panel discussion for students, applicants, and new lawyers to explore careers in public service on Tuesday, March 13, 2018, from 5:30 to 6:45 p.m. at the Empire College campus.

The following panelists will discuss their careers dedicated to public service, the qualities they look for when hiring, and more:

The panel will be moderated by Empire College School of Law Dean, J. Michael Mullins. To RSVP for the event, click here.

Empire College gave me the opportunity to earn a Juris Doctorate while still working full time in my “first” career as an engineer. The professors are all practicing attorneys and judges and it is clear that they love what they do---guiding, teaching and mentoring a new group of potential lawyers, who one day will be their peers and practice alongside them in the legal community. I think one of my favorite cases since I graduated in 2001 was against a former Empire professor and I walked away with a win!

I decided to go to law school after interning for the Diversion program for the Sonoma County District Attorney's Office while I was in college. Empire provided me with friends who became colleagues, and Professors who became the Judges I appear in front of today. I have always wanted to work with the law and youth and I now manage a Dependency contract for Mendocino County, which has become my dream career as I get to do the exact job I wanted when I decided to go to law school. I definitely have my dream job thanks to Empire and their exceptional professors.

I picked Empire College because I had to juggle between family obligations and a fulltime job. Empire was the only option that allowed me to effectively manage my work and family obligations and still pursue a law degree. Thanks to Empire, I was able to pass the bar exam on my first try and begin a new, exciting, and lucrative legal career that I love.