Join Empire School of Law at our Virtual Informational Seminar

Learn the many directions a career in law can take at one of our “Careers in Law” seminars. To request information for a future virtual seminar, click here.

Featured alumni speakers at our most recent event were Kristin Horrell, who is a Deputy County Counsel for Sonoma County, and 2015 graduate Brett Rhodes, an estate planning attorney and Chief Deputy Public Administrator for Marin County. 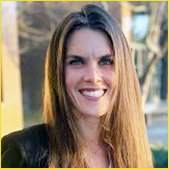 While at Empire, Mrs. Horrell received Witkin Awards for Academic Excellence in five subjects, participated in numerous clinics, and was on the 2020 Traynor Moot Court competition team. She was also a Gayle Guynup Endowment Fund scholarship recipient and a Dean’s Scholarship recipient.

Brett was born in Southern California and has called Sonoma County home since 1986.  He completed his undergraduate education at Sonoma State University, where he earned his Bachelor of Arts in Criminal Justice and his Master’s in Public Administration.

Having been admitted to the State Bar of California, Brett founded Rhodes Law, a boutique law practice focused exclusively on Estate Planning.  He is also admitted to practice law in the U.S. Northern District of California and the U.S. Court of Appeals for the Ninth Circuit.  Reflecting on his legal education, Brett appreciates the legal skills, real-world community interactions, and the genuine camaraderie among peers that made it all worth it.